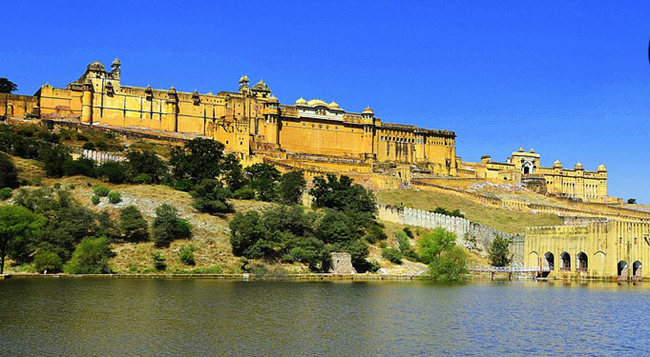 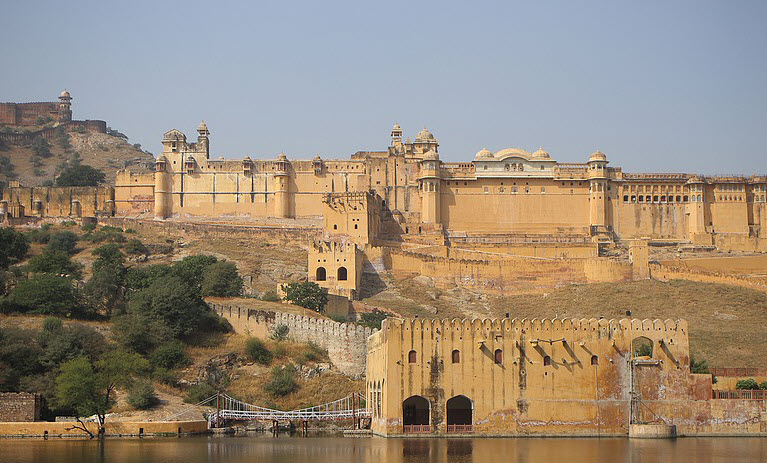 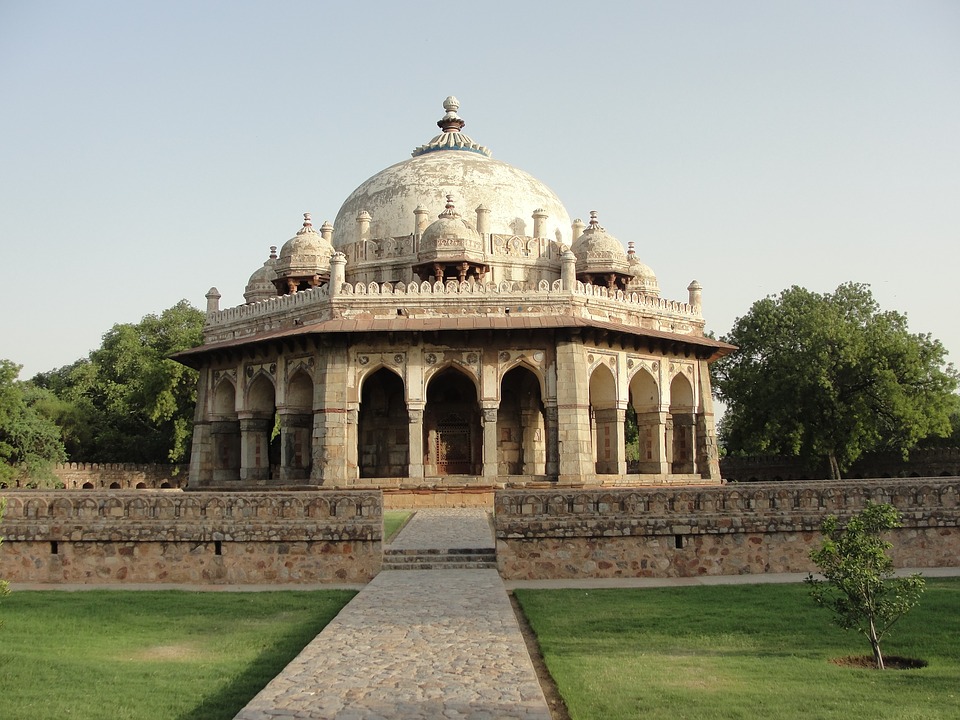 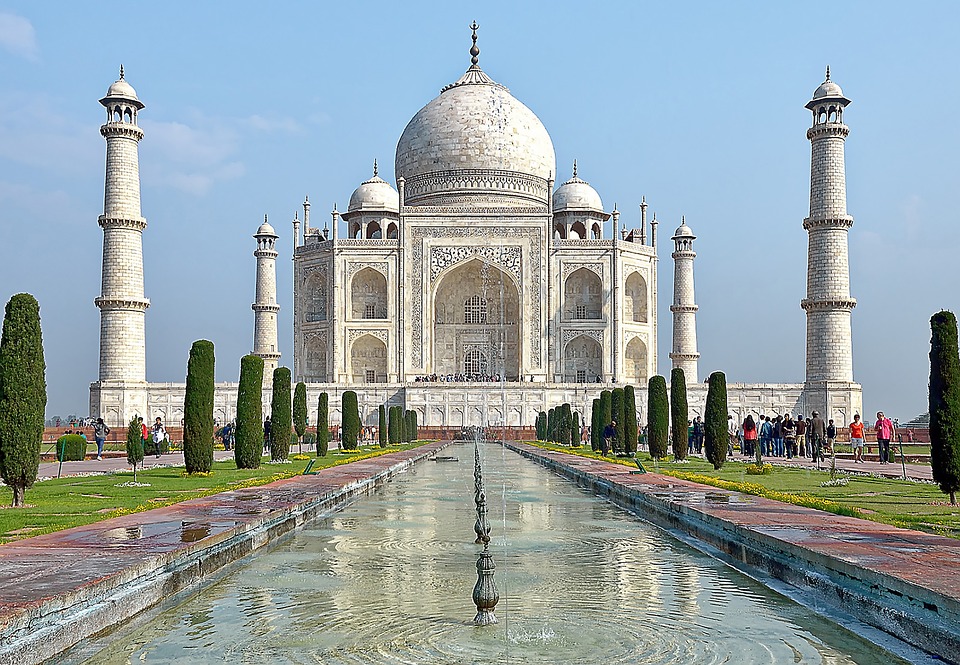 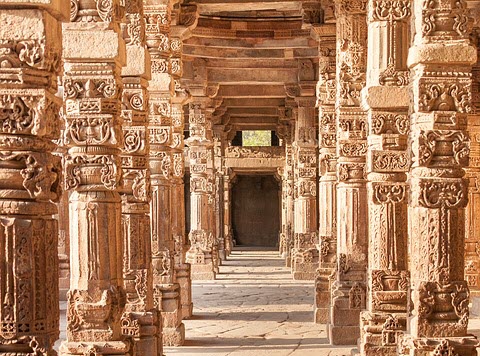 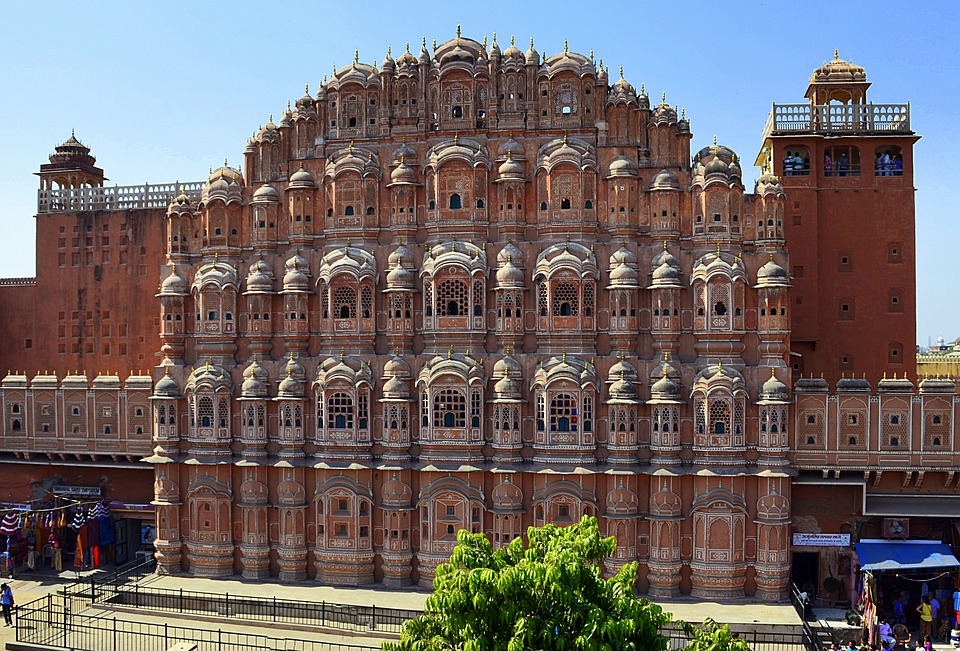 The Taj Mahal world’s greatest monument of love is definitely the highlight with a visit to Agra Fort and local markets. Not to be missed is the Pink City of Jaipur to witness the rich architectural legacy of Jaipur merchants. Enjoy a rickshaw ride in Bharatpur Birds Sanctuary, to enjoy nature at its best.

Arrive Delhi International Airport by evening flight. Meet and assistance on arrival and transfer to hotel.
Delhi, The capital of Republic of India, Delhi is a bustling metropolis and a city of almost 17 million inhabitants. Delhi is a near perfect blend of the ancient and the modern and is seamlessly divided into two parts - Old & New Delhi. Old Delhi is part of the city that was designed by the Mughals and New Delhi was designed majorly during English rule and also known as “Lyutens” Delhi.
Arrive and check in at the hotel. Rest of the day at leisure and free for independent activities.

Overnight at hotel. (No Meals)

After breakfast proceed for the visit of Old Delhi – visit the resplendent “mosque of Friday” - Jama Masjid. Jama Masjid is the largest mosque in India and is one of the last architectural works of the Mughal emperor Shah Jahan - whose best work is the Taj Mahal. The spacious courtyard of the Jama Masjid holds thousands of faithful devotees. After visit of Jama Masjid Walk through the colorful shopping bazaar known as Chandni Chowk ("Moonlit Street"). Drive past the Red Fort - a majestic Fort and an erstwhile seat of power - which encapsulates a long period of Indian history and its arts. Also visit Raj Ghat, the cremation site of Father of Nation, Mahatma Gandhi.
Lunch during sightseeing.
In the afternoon visit Humayun tomb, Qutub Minar - the pride of Delhi. The Construction of this tall minaret was commenced by Muslim ruler, Qutb-ud-din Aibak in 1192 and completed by Iltutmish. The soaring conical tower is an exquisite example of Indo-Islamic Afghan architecture. After visit proceed for tour of “Lyutens” Delhi - named after the leading British architect Sir Edwin Landseer Lyutens. Drive past some of magnificent monuments designed by him such as India
Gate and Viceroy's House - now known as the Rashtrapati Bhavan (President Palace).

After breakfast, you will be drive on to Jaipur (265 kilometer/ 6 hour's drive) Jaipur or The City of Victory was founded by Maharaja Sawai Jai Singh II in 1727. It is the only city in the world symbolizing the nine divisions of the Universe through nine rectangular sectors sub-dividing it. The architect who formalized the city’s plans on the Shilpa Shastra, the epic Hindu treatise on architecture, mixed it with the sublimity of the Mughal and Jain influences of those times. The city was painted pink in 1853 in honour of the visit by Prince Albert.
On arrival at Jaipur, check-in at hotel. Rest of the day at leisure and free for independent activities.

After breakfast proceed for excursion to Amber Fort, the former seat of the Rajput rulers of Jaipur. Enroute you will stop at the Palace of Winds (HAWA MAHAL) for a photo opportunity. Continue your drive to Amber fort. Amber Fort, set in picturesque and rugged hills is a fascinating blend of Hindu and Mughal architecture.
Constructed by Raja Man Singh I in 1592 and completed by Mirja Raja Jai Singh the fort was made in red sand stone and white marble. The rugged forbidding exterior belies an inner paradise with a beautiful fusion of art and architecture. The interior wall of the palace depicts expressive painting scenes with carvings, precious stones and mirror settings. Holding a history as old as seven centuries, this place vibrates with its legendary past.
In the afternoon proceed for sightseeing tour of city visiting City Palace, a beautiful palace complex full of treasures now housed in the museum area. City Palace is a delightful blend of Mughal and traditional Rajasthani architecture. It houses the Chandra Mahal, Shri Govind Dev Temple and the City Palace Museum. Also visit Jantar Mantar or Royal Astronomical Observatory. This observatory is a collection of architectural astronomical instruments, built by Maharaja (King) Jai Singh II at his then new capital of Jaipur between 1727 and 1734. Each instrument has a specific purpose and gives an accurate reading.

After buffet breakfast at the hotel, you will be drive on to Bharatpur (200 Kilometer/ Approx. 4-5 hour's drive)
Arrive and check in the hotel. Later on proceed to visit the Bharatpur Bird sanctuary- Keoladeo National Park. Keoladeo, the name derives from an ancient Hindu temple, devoted to Lord Shiva, which stands at the centre of the park. 'Ghana' means dense, referring to the thick forest, which used to cover the area. Nesting indigenous water- birds as well as migratory water birds and waterside birds, this sanctuary is also inhabited by Sambar, Chital, Nilgai and Boar.
After visiting the park, return to your hotel and spend leisure time at the property.

After leisurely, breakfast at the hotel, you will be driven to Agra enroute visiting Fatehpur Sikri - Fatehpur Sikri, built during the second half of the 16th century by the Mughal Emperor Akbar, Fatehpur Sikri (the City of Victory) was the capital of the Mughal Empire for only some 10 years. Fatehpur Sikri bears exceptional testimony to the Mughal civilization at the end of the 16th century. It offers a unique example of Architectural ensembles of very high quality constructed between 1571 and 1585. Its form and layout strongly influenced the evolution of Indian town planning, notably at Shahjahanabad (Old Delhi).
After visiting Fatehpur Sikri, continue your drive till Agra. Arrive and check in at the hotel. Later, proceed for guided sightseeing tour of Agra City covering Agra Fort.
Agra Fort, was where the ageing Emperor Shah Jahan, imprisoned by his son, watched from a distance the fulfilment of his life’s dream - the building of the Taj Mahal in memory of his beloved wife. The fort is really a city within a city, which embraces the Moti Masjid, the Diwan-i-Am or the Hall of Public Audiences, the Diwan-i-Khas or the Hall of Private Audiences, the Octagonal Tower, Jehangir’s Palace and many more monuments

Early in the morning, proceed to visit The Taj Mahal (closed on Friday), perfect in its symmetry, is a monument to the love of Emperor Shah Jahan for his wife Mumtaz Mahal. The construction of the Taj Mahal started in 1631. It took 20,000 artisans 22 years to complete this poignant mausoleum that blends subtlety with grandeur, and a massive overall design with immaculately intricate execution. On the inner walls, jewel-like stones create beautiful designs in white marble. The Mughals perfected the art of embedding semi-precious stones into marble and the Taj is the finest example of this; it is a special process called pietra dura.
After experiencing unforgettable moment of Taj Mahal, return to your hotel for breakfast. Later drive on to Delhi (approx. 203 kilometer / 5 hours hour's drive)
Upon arrival check in at the hotel.

Breakfast at the hotel. Later, in time transfer to the airport to board the flight for onward destinations.

"End of the trip"

You need a visa to enter India. Visas must be arranged before arrival.

The Electronic Visa (e-Visa) is available to eligible Australians for tourism, business and/or medical-related travel for up to 60 days. Get it at least four days before you arrive in India. Double entry is permitted for those travelling on a tourist or business e-Visa. Triple entry is permitted for those travelling on a medical e-Visa. An e-Visa may only be used a maximum of two times in a calendar year. Find more information about the eligibility criteria on the Government of India's e-Visa website. Beware of fake websites offering the e-Visa service. Make sure you are eligible for an e-Visa before you apply.

Carry a printed copy of your e-Visa (known as an electronic travel authorisation of ETA). A formal visa will be put in your passport on arrival in India. Long queues are common at immigration counters in India, regardless of visa type.

Not all international airports in India allow passengers to enter with an e-Visa. The e-Visa is only valid for entry through 24 designated airports. If you want to enter through another location, arrange for an Indian visa before you arrive through an Indian High Commission, Consulate, Embassy or agent. If you arrive with an e-Visa at an entry point where the e-Visa is not recognised, you won't be able to apply for any other visa. You won't be allowed in and deported. If you hold an e-Visa you may leave from any authorised immigration check point in India.

Be the first to hear about new travel deals!